The Chinese like Romanian money. Actually, they like any kind of money. Around here lots of businesses run freely, whereas in other countries they would be banned or severely regulated.

For example, we ran into the inauguration of what we thought would be a fast-food, but as it turned out, it was actually a stem cell clinic.

We were drawn in by the fireworks and got swallowed up by an eager crowd wanting to take pictures with the white man. The party people wanted to show them to their friends, but the clinic boss wanted photos with westerners to promote her facility. C’est la vie, you get a little drunk, you endorse a stem cells clinic…

Look, the boss shows us, I also own a hotel, and a restaurant… join our drinking night with the executive board. She plants us in a small moldy room, we sit around a glass table, and then ten men show up, some of them wearing suits, others undershirts. Women don’t participate, not even the lady boss, because they’re not allowed to drink.

We begin to treat each other with some jugs of Chinese brandy. Whoever’s on a roll stands up, stands up and shares a glass with each guest, who, in return, is supposed to give a short speech. I say something in Romanian about the harvest, Christian says something in German, the rest goes blah blah, until we’re all tipsy and start talking gibberish.

We fix ourselves sober with lots of food and we go to the office, they’re going to show us a video presentation of the company. The film is showing us, on a blockbuster music background, the greatest achievements of China: The Forbidden City, The Great Wall, the highways and this company, which has 500 employees and hundreds of thousands of clients. Their plant medicine can cure a cold, rheumatism, leukemia and cancer.

The lady boss brings us a complimentary box of medicine, and her aide puts forward the proposal: wouldn’t we help distribute it in Germany as well? ‘You’re gonna be richer than Bill Gates!’

We finally get the reason behind their hospitality. We take their business card and we scram, there’s still a long way to go today.

In the evening, at the inn, we take out two packets from the box, we pour the brown powder in a bottle of water and we drink it in one gulp. It tastes like tea. Maybe it will help with the cold… 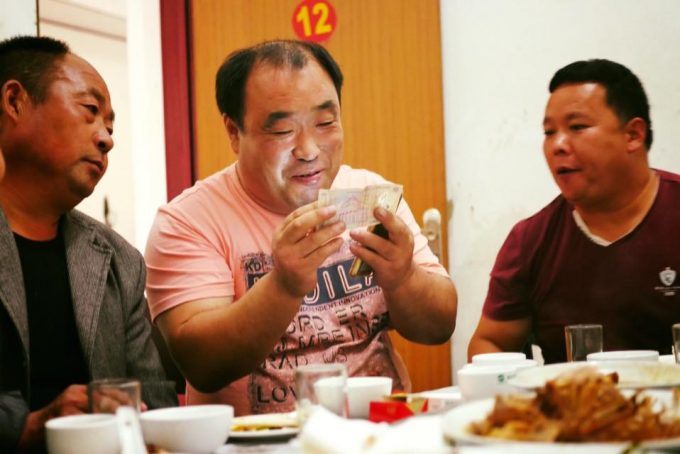 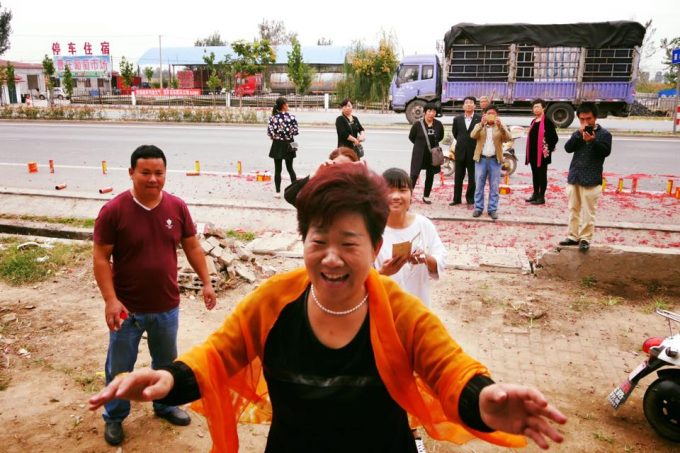 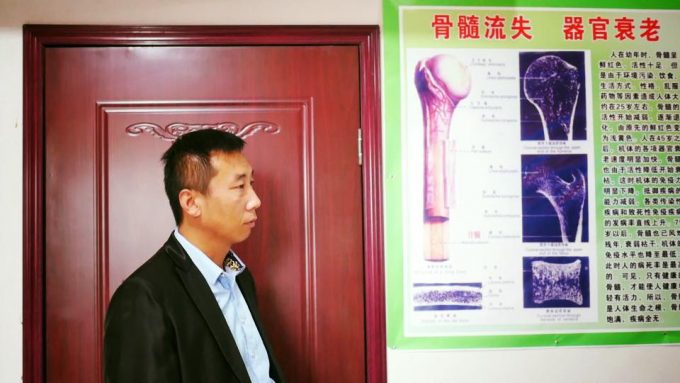 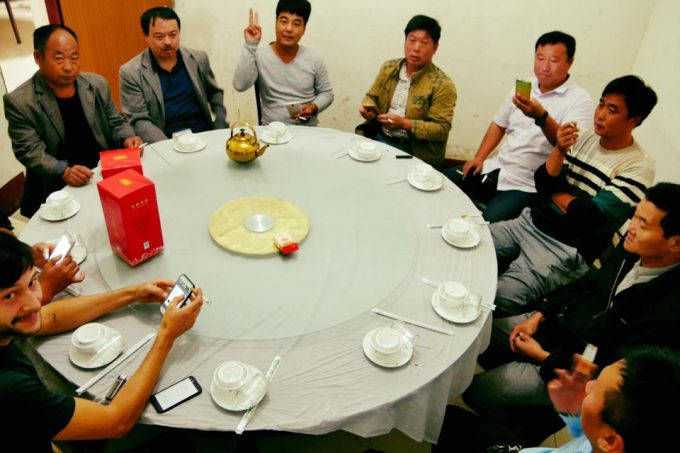