Look, look at the pictures I took!
Five minutes ago, this little Chinese girl snatched my camera, and since then she learned how to turn it on, take snapshots, record, to playback what she did and delete what she doesn’t like. She took wonderful shots of the entire home, her toys, her parents… She basically did our job already.
You should take her on your residency program at Casa Jurnalistului, Christian tells me.

But meanwhile she gets bored of the camera and takes my my phone. She unlocks it with the code she was quick to seize in earlier, then she walks on Google Earth for minutes on end, moving mountains and rivers with her fingers, until she gets to the other side of the world.

Then she gets bored again, turns on the smart TV and navigates through all the movies you can imagine, pirated directly by the cable company, until she happens on some cartoons for learning English.

Any child is curious, but she is a magician, and the parents encourage her to explore, to ask, even to question.

Her parents are open-minded too, I mean they’re letting us sleep over tonight – which happens very rarely in a country where theoretically you have to register to the police every accommodation.

But they are connected by invisible wires to their parents, otherwise they would have moved to the city long ago. Their idol is also Mao.

The door gets slammed open, and grandma enters the room shouting. We cower down. They’re arguing. It’s about us.

The old folks are outraged that our hosts took foreigners into their house. They ask for our passports, take photos of us, and start quarreling again. “That’s how old people are..”

Their generation lived through the Cultural Revolution, when you could get shot for merely a foreign word; to have imperialists under your roof was unimaginable.

Children today learn to make their way through a world without borders, but with passwords.

Sometimes it seems like there’s nothing new in the world, but right now I feel like more things have changed during the last two generations than in the last two millennia. 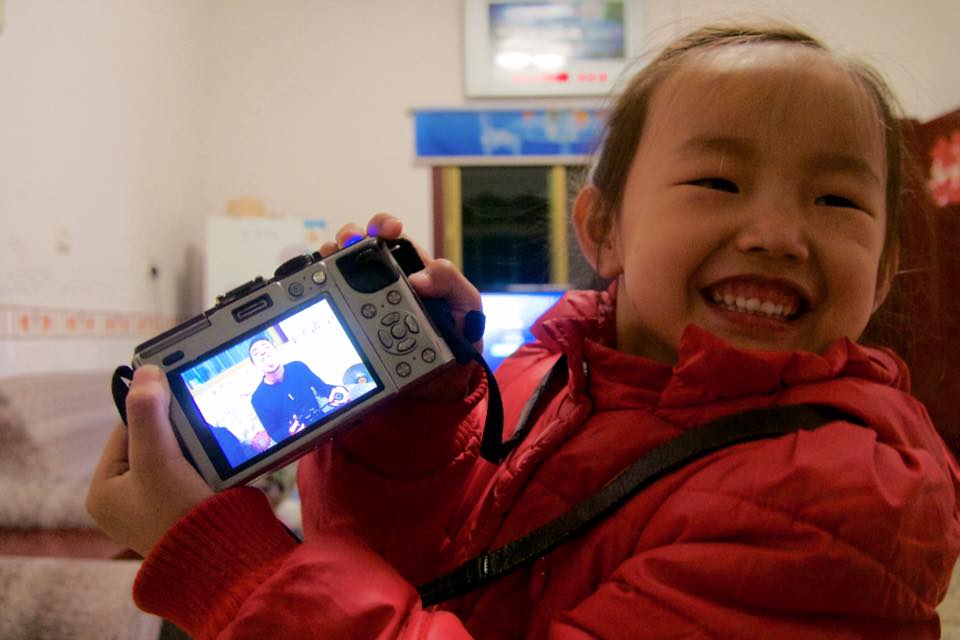