”Why do Chinese people plough the fields at night?”, I kept wondering when I saw how they were struggling with the lanterns, like some wingless fireflies.

I thought it must be some ancient technique, because the Chinese were very advanced in agriculture before being humiliated by the industrialized countries. They built massive irrigation systems 2000 years ago, some of which are still working today…

But there was no magic involved; basically, the peasants are working in the city during the day, and only find time to work the fields during the night.

They are growing crops everywhere – in ditches, under suspended highways, on terraced hills, even on mountain slopes. No patch of land is left unturned.

In the plains there are no more forests; there are just rows of trees lined up at the borders between fields. I felt happy when I noticed a wild pine forest, but when I got closer, I saw that each tree was incised and a plastic bag was tied to it to collect resin.

I felt happy again when I spotted a lake with water lilies, but when I got closer, I noticed that actually, they were floating plastic bottles in which clams are nursed.

The use of all space is maximized and it’s still not enough. The new cities are taking over workable land, and the new middle class are eating more and are pickier than their parents.

China should double its productivity in the upcoming years to feed its population. But it can’t just build some huge mechanized farms, because 300.000.000 people who practice subsistence agriculture would be left without work. Last time they tried to fix this issue superficially, 50.000.000 people died.

So the government is urging its people to work more, and is desperately seeking a solution for the future, otherwise everybody’s fucked. If China runs out of food, the entire planet turns belly-up.

I’ve never felt that this world is not big enough for all of us, not even in the most crowded cities… until I reached these never-ending fields where I can’t find a free spot to put up my tent. 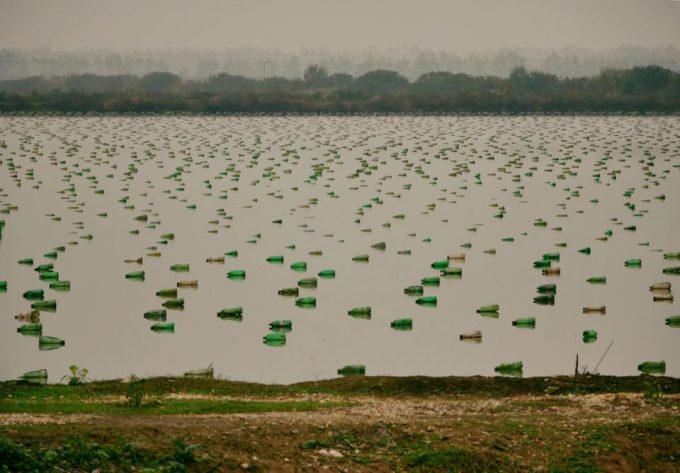 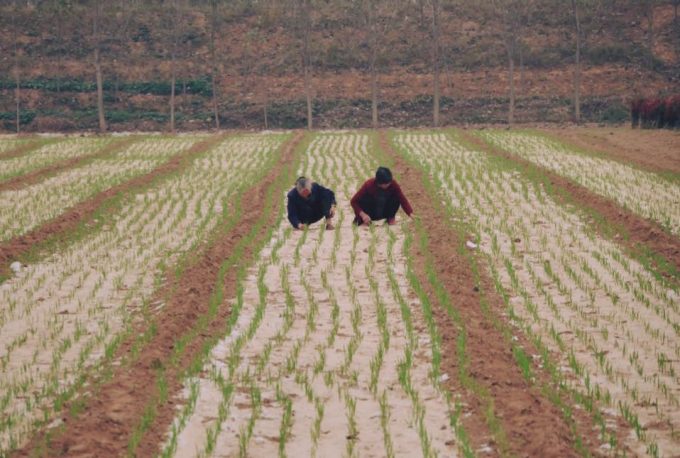 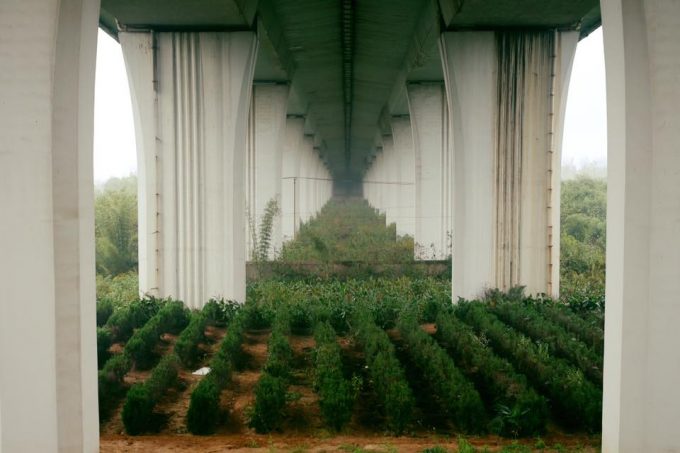 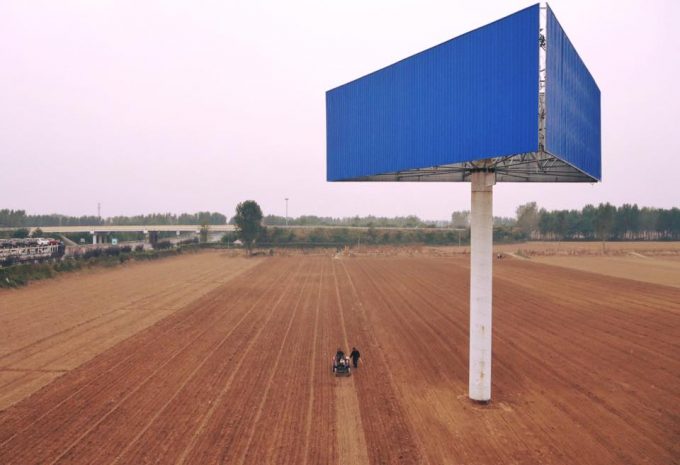