Dressed in a white wedding gown and a red cape, the bride stands at the window of a small cold room like a swan on the shore of a frozen lake. She is by herself at the second floor of her mother’s house. The walls are covered in mold and little glittery hearts.

Ten minutes earlier, upon the groom’s arrival, a dozen friends and relatives had packed the place with laughter and confetti. Outside, the palm trees sway in the wind and the members of a marching band in red jackets frantically bang on their drums. The bride is watching them silently, with a grayish morning light encircling her like a corona. 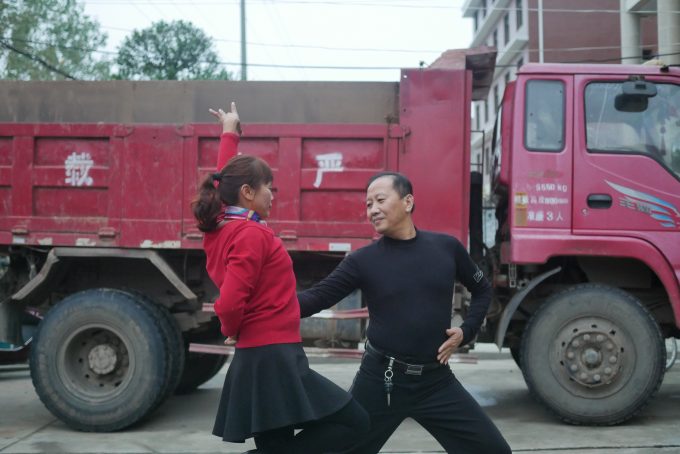 Yesterday afternoon we came across a group of people dancing between a truck and a tent with tables. We stopped to find out what they are celebrating and they treated us to a seven-course-meal and a frenzy of rice wine while having children on our laps who wanted us to take photos with them.

“I want you to come back for the wedding, at 8 or 9”, the bride’s mom says, a fragile 53 year-old woman who smiles with sad eyes.

We have no place to stay for the night.

She lays the palm of her hand on her breast. “My son takes you to a hotel.” She tries to hide from us that she gives him money for the room. I feel bad that she is spending money for us. On the other hand, it feels like she is booking us as another part of the wedding party’s program: take selfies and drink with the white men. 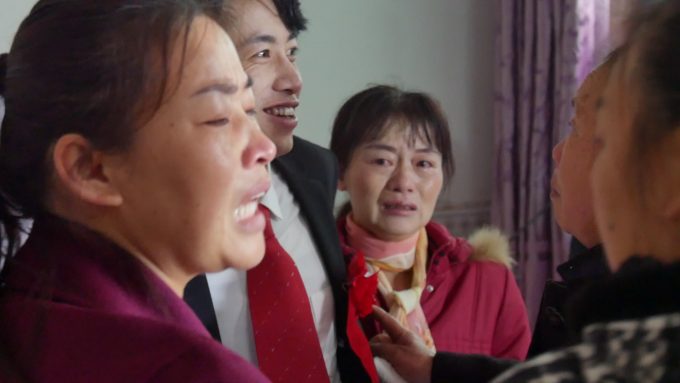 Before we’re taken to the hotel, though, the wedding MC, a tomboyish woman in her forties, is approaching our table. She is talking into the microphone while the rest of the people look at us and laugh.

We’re led to a sound system with inbuilt karaoke software. Vlad is clutching to his camera and giving me a Ha Ha!-look for which I hope he will serve some extra baking, should there ever be a Day of Justice.

The MC is shoving the microphone in my hand. Although I have a very low threshold of making a fool of myself, I thankfully deny the possibility of fantasinging along to a Chinese pop song. Attempts to plug in my phone and play Kings of Leon fail. So, after a quick inspection of my limited entertainment abilities, I decide to read a poem.

With more goodwill than talent, I recite something I had scribbled a few years ago. In front of me, people start filming. This stirred up in me the painful memories of those endless moments when I had to recite something to my grandma in order to get my birthday present. I was more than happy with getting the warm round of applause I got and being released in order to down some more rice wine.

After a quick nap and a shower in the hotel, eager to deliver on our contract, we return to the party site at 9, only to find out that they meant the other 9 – tomorrow morning.

The next day, the couple burns rice paper, kneeling in front of a photo of the bride’s dead father and a bundle of incense. The women in the room are crying, wiping their faces with tissues.

Then the groom carries the bride into the courtyard. Fireworks crack. A motorcade vrooms. The marching band plays. The whole wedding society sets off in a procession towards the frontier of the town. 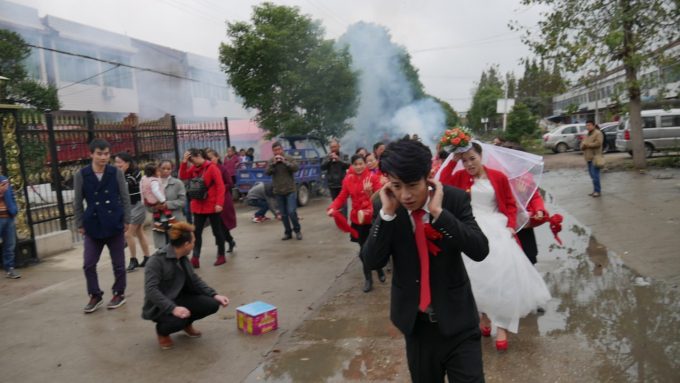 To get married in China, you don’t need a priest or any official ceremony. You do have to get registered, but other than that “you only need the approval of your family and friends”, a guy tells me.

He is a hairdresser, 31 years old, and got married five years ago. He lives with his parents, wife, kid and two siblings. He says his parents picked his wife for him because “they know better about these things.”

The pressure to get married in China is big. If you’re single and not married by the age of 30 you’re branded as an unappetizing leftover. The parents’ approval is essential and status is a more important prerequisite for an engagement than love.

This is also because kids are supposed to provide for their parents when they’re old. Not doing so can even put you in prison according to the law, although this is rarely ever enforced. Still, social pressure to obey your parents’ will is immense. And it is only since 2003 that it’s possible to get married without permission from your work unit. 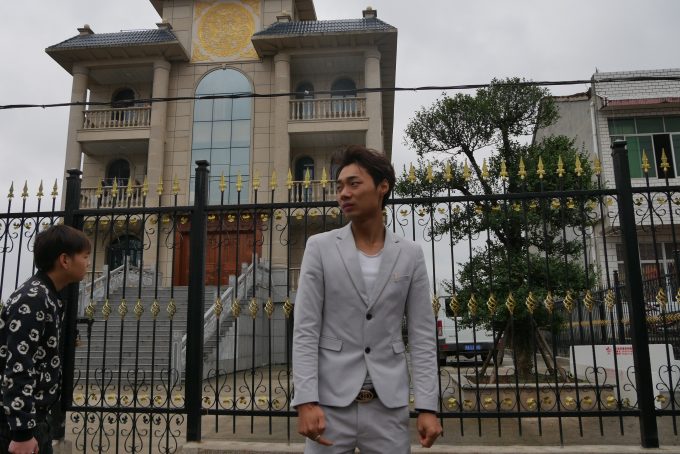 And the wedding market is, like everything in China, a competitive one. Men are expected to provide the future home for the couple. In the past, especially in the countryside, this usually meant that the bride moved in with her in-laws.

But now, as young people are expected to move into the cities to find jobs and contribute to the circle of production and consumption that shall drive China’s growth, it is often seen as a precondition for the wedding that the groom’s family buys an apartment. Since a one-bedroom-apartment averages at 80.000 Euro in the city, this becomes a huge burden for the potential groom. 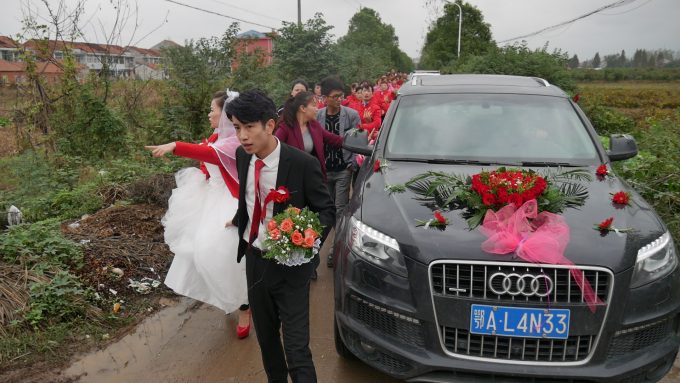 At the outskirts of the town, the newly-weds get into an Audi Q7 decorated with red ribbons and drive to Wuhan, the capital of Hubei province, where they work.

In the rain we walk back, passing the burned out firework containers. Then we sit under the tent in the courtyard again to have lunch. 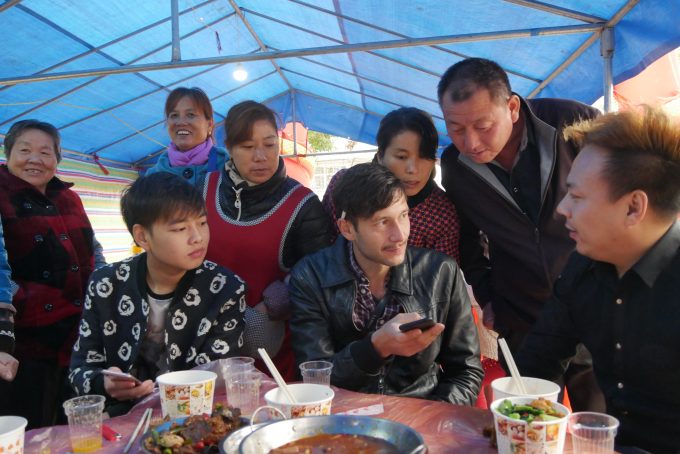 As we’re eating and drinking, being taken care of like orphans, I start to feel tremendously grateful about being here. What kind and warm people they are to treat us like this.

With the food still being warm, the tent gets dismantled and we’re told that the party is over. It’s noon, we’re drunk. There’s no time to immerse in sentimental issues now. Back to business.