Hold the flashlight into the water: it’s clean.

Yes! For 2000 kilometers we’ve been looking for a place like this: Nanshui Lake.

In the dark, we climb the rocks along the shore to find a place to sleep. Cut some reed, put the sleeping bags on top: that’s a bed.

Two fishermen pass by, barely noticing us. I offer cigarettes. Without lighting them up, they continue to climb the hill, sweating and panting.

We arrange our supper: beer and cookies. The moon ascends behind the mountains, we close the light and talk about the future. 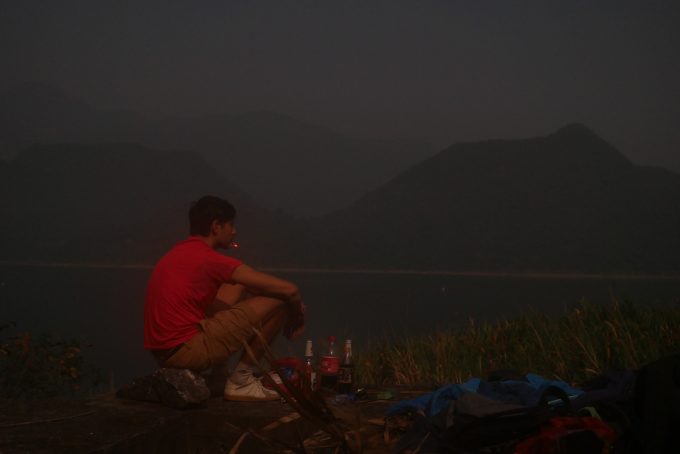 The Chinese, they’re always on the run, keeping busy like bees; kids already have schedules like managers, farmers work a day-job in the city and the field at night, pensioners get up at three in the morning to practice Tai-chi, countryside officials network the night away in brothels, moms breastfeed their kids on the backs of tricycles, weddings take place on Monday mornings, and the guy who asked me if I’m rich? He works two jobs to make ends meet. 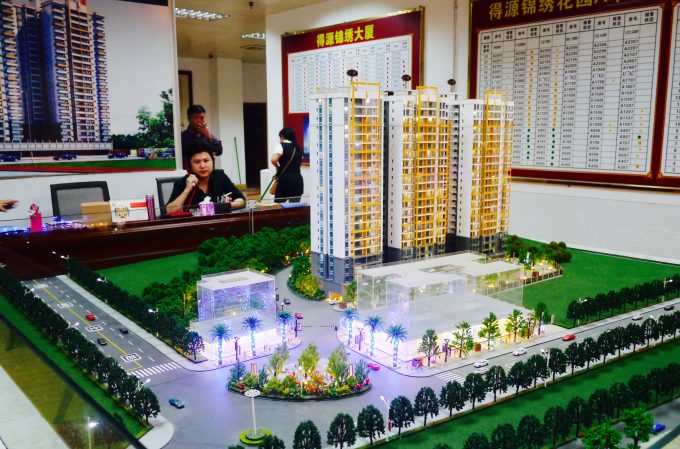 It’s the founding story of modern China to be part of an exasperating movement towards salvation.

Mao’s communist militia had to embark on the Long March, a retreat from the nationalists who wanted to kill them back in the 1930s. The second Long March was started in the 1980s when Deng Xiaoping called for an offensive: the modernization. The current president Xi Jinping ordered for a third Long March: “national rejuvenation.”

This is a retreat again as Xi rewinds some of the open-market policies to favor domestic actors.

And the people march, as if it were a gold rush, towards an urban lifestyle, “western standards”, and retreat to newly-built condos which often cost more than a man can earn in a lifetime. 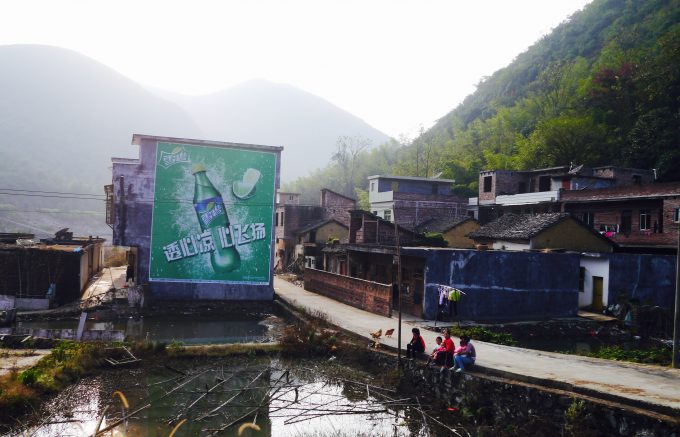 If there will be a fourth Long March, maybe it will be about the search for everything that got lost during the three previous ones: an intact nature, the freedom to walk at your own pace, to watch the moon ascend and talk about the present, wake up with dew on your face and go swimming with the fish. 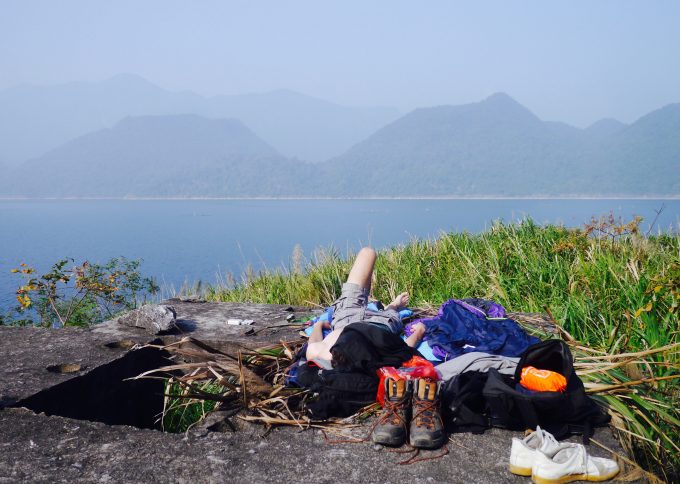