The widower, it strikes him, has to get up from the Mahjong game table, and make haste to the coffin to pray. He kneels down next to two old men, all of them dressed in white, with vests made out of seaweed and a crown of paper and wire on their heads. The coffin, with its glass cover and flickering light chains, could serve as a fridge in a beach bar.

While the fireworks crack and gambling at the other Mahjong tables continues, the men bow down to the ground three times, a flute is being played, drums and a gong shatter through the room like war fog.

We got invited to this funeral and it is startling to see that, right next to the coffin, they play like the devil is sitting on their shoulders. All the men are chain smoking, one cigarette in the mouth, one behind the ear. 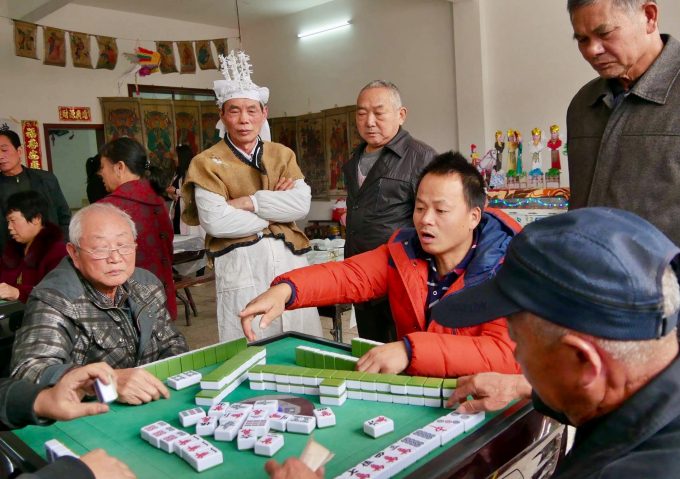 A girl wants to take selfies with me, giggling, waving a double victory sign. Aren’t you sad?, I wonder. And if not, shouldn’t you pretend to be, at least a little? 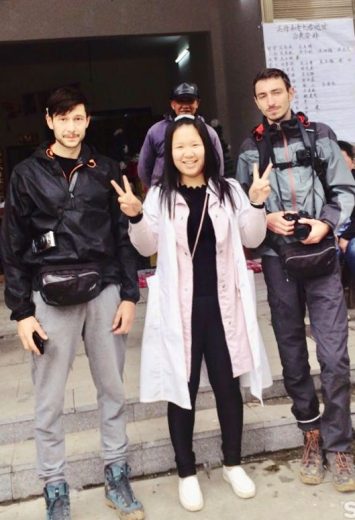 The widower comes back and sits next to me; he is a farmer, a wiry and upright sitting man. He smiles almost all of the time; that’s because the demon of grief mustn’t take over his soul. For if you look sad, it’s a sign that he has the upper hand. And after all, who wants to leave this world crying? After the funeral there’s enough time to weep.

I ask the selfie-girl about a man who is reading from a textbook while keeping a rhythm on a little block of wood. She turns to an older woman and then explains to me: The man is reading prayers.

Again, she asks the older woman. What she says doesn’t need translation. What the fuck, of course buddhist prayers! 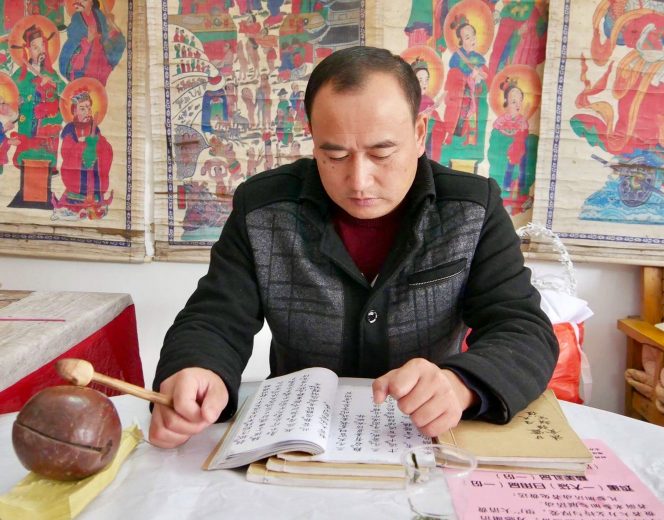 In the backyard there are stacks of firework containers, and food is prepared in six huge woks, placed on top of metal barrels under which there’s a fire. Dozens of kilos of meat are sizzling in oil and you can feel the pleasant anticipation of the feast in the evening, the boyish joy of men standing around fire places, flirting with the women who chop the vegetables.

In Germany, death has become a taboo; we want to die riding a bicycle, not be reminded of the finiteness of life. We put our deceased in closed coffins as quick as possible, to be remembered “as we knew them”. When my grandparents died, I looked at boxes being put in the ground. I hadn’t seen them for weeks or months before that, and my eyes and heart were in different movies.

Here, they sit in this colorful, sinister casino and gamble, drink, smoke, pray and make noise to keep the demons away. For four days – until the deceased, a 87-year-old mother of two, gets cremated. 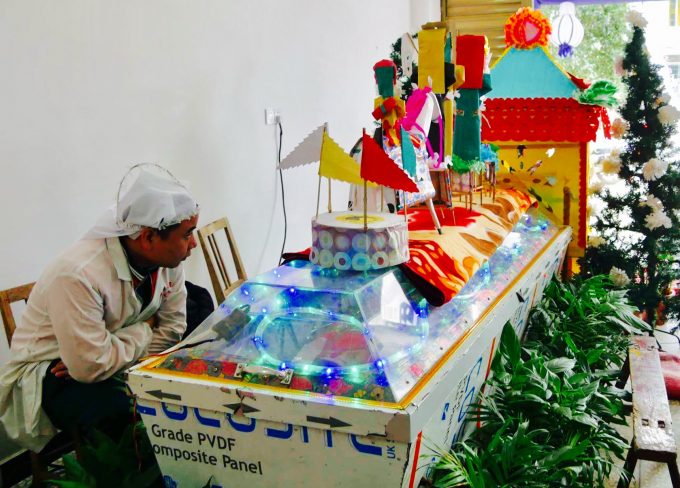 For the last time we want to provide good company for the old mother, the widower says.

Don’t you want to stay for dinner?