“Here, brother, you smoke, brother!” A guy from Bangladesh with a moustache, two golden chains and a golden earring, hands me a joint he just rolled. Legs and arms akimbo, pupils wide, he yells: aye mama!, and runs away towards a couple of girls.

A big Indian man looks at me and rolls his eyes. “Brother is crazy.” In four hours’ time, Crazy Brother will be pounding against our door, trying to get into our room, sweating, his gold chains gone. The big Indian is behind him on the corridor, smashing the palm of his hand against his forehead, yelling at the ceiling like some many-armed god could come down from there and calm everything down again. 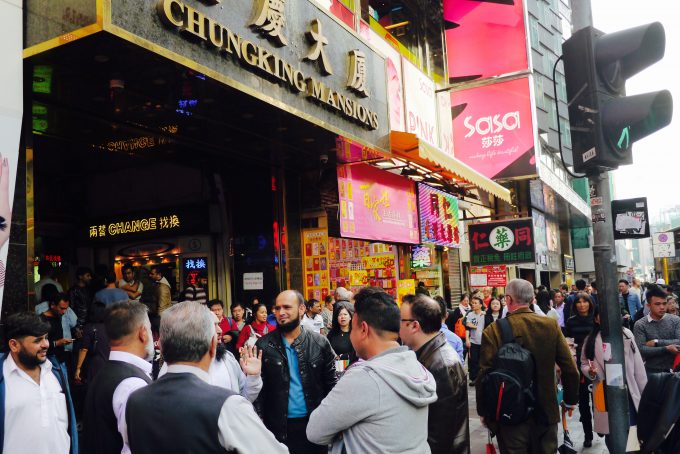 We’re at Chungking Mansions, a crumbling 17-storey high building that is home to 4000 people from more than 120 nations and every legal or illegal business you can think of. Copy Rolex, tailor made suit, hashish, weed, coca, girl, boy? Ecstasy? You’ll get it here. You want to buy two hundred smartphones? Get your nails done? Sell Rupee, stolen goods or contraband? This is the place.

It’s also the place with the cheapest rooms in Hong Kong. From the big Indian guy we get one for 30 Euro. From Crazy Brother we get an I’ll-stab-you-later-glance. 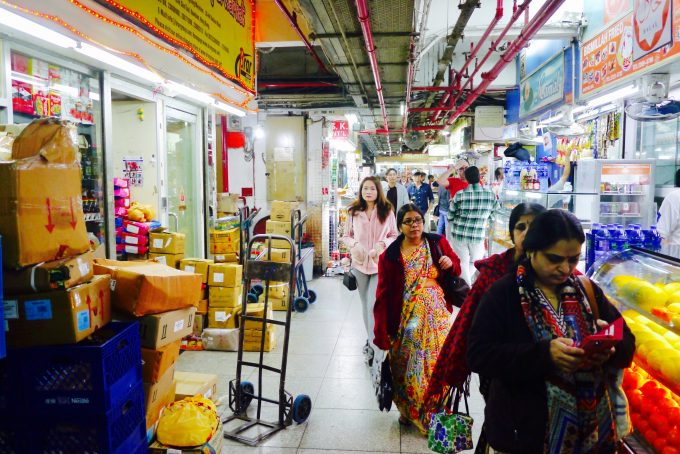 The Chungking Mansions are like a piece of ghetto placed in one of the most expensive streets in the world. There is actually a real Rolex shop just 200 meters next to where a black guy is slinging his “copy Rolex.” Men take measure for your suit next to a parked car while Gucci and Versace are just across the street. A bourgeois ghetto, one anthropologist calls the Chungking Mansions. 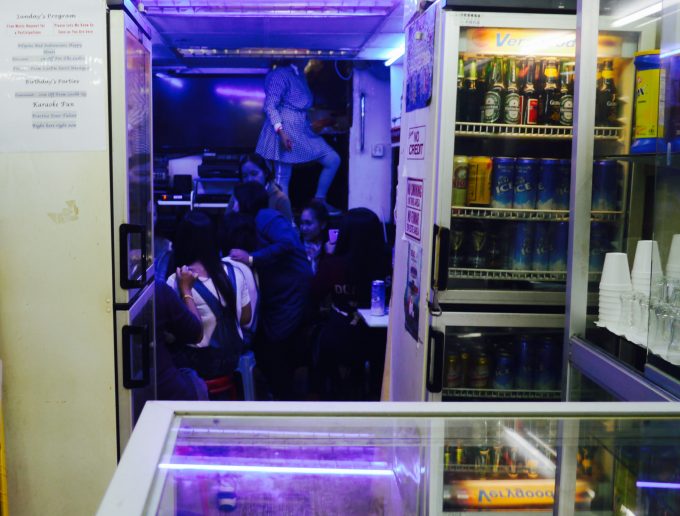 The place is as much about business and trade, is as hectical, loud and fast as its legal counterparts. It is estimated that 20 percent of all phones that are sold in Sub-Saharan Africa went through Chungking Mansions. African traders can visit Hong Kong without visa, buy stolen or second hand phones from Europe in the Mansions, send them over the world’s busiest border to Shenzen in China where they get refurbished and unlocked. 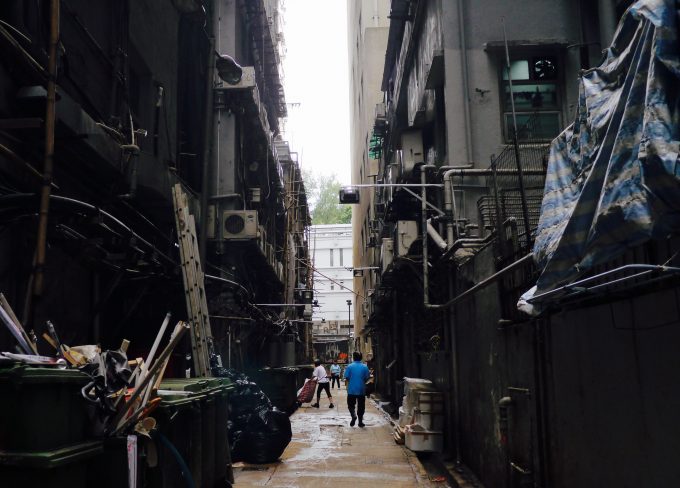 The traders take a cheap room in the mansions and, two or three days later, they fly home with a big suitcase full of “new” phones, or send them to Africa by ship.

That’s generally how this place works. And that’s why it’s tolerated in Hong Kong – it’s business. You’ll get arrested for shoplifting – I saw it, just two blocks away from the Mansions – with handcuffs and all. But trading drugs or contraband across the continent? That’s the spirit, brother.