Yesterday, at a small eatery in Beijing, I saw a girl cutting some curious looking vegetable. I opened the Google translate app on my phone and held it to her mouth. She said “金針菇” (phonetically: jin zheng gu), which means needle mushroom. It’s only three syllables and I instantly repeated them, speaking into my phone. But what I said – and thought it would sound pretty similar – got translated by the app as “Golden Monkey treasure bar “ 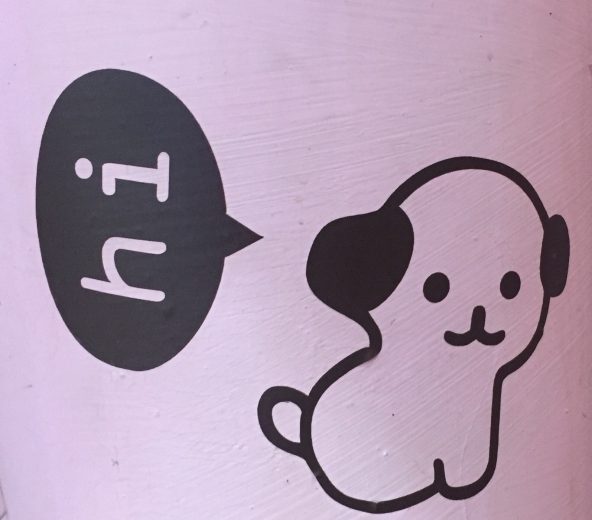 “德國” (duh gwoh) means Germany – only two syllables but yet I just don’t manage to pronounce it correctly. Most of the times I say “radish” instead, according to Google translate. At least “I’m from radish” is always good for a laugh.

But altogether moving around Beijing is easier than I expected. Most of the street names are subtitled, in metros and buses there are English announcements. And even though only very few people speak foreign languages, the omnipresence of smartphones makes it possible to somehow communicate. 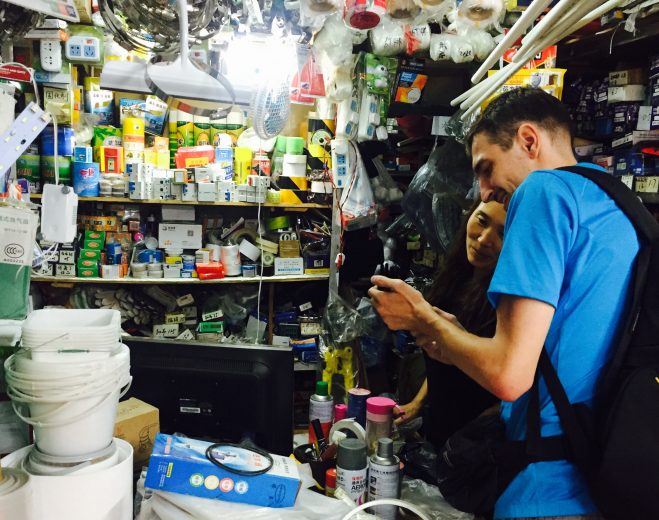 And it’s not just that. Since 2014 Apple sells more iPhones in China than in the USA. The number of internet connected Chinese people has risen from 253 million in 2008 to 688 million last year. China has now overtaken the United States as the world’s largest online retail market.

With a growth rate of some 33%, it is also the fastest-growing such. This is also very interesting because the revenues of online retailers are almost exclusively revenues of private companies – not state owned enterprises – so this indicates the rapid change of the economic system.

In Beijing you’re never too far from a Starbucks, KFC or McDonald’s. We went shopping at Decathlon and ordered an Uber when we missed the last metro at 11pm. The driver had a new Toyota and listened to Rihanna. You can pay with your smartphone at the tiniest shops. And while we mossbacks still type names into our phones to add someone on Facebook the Chinese just scan the QR code of their WeChat profile. 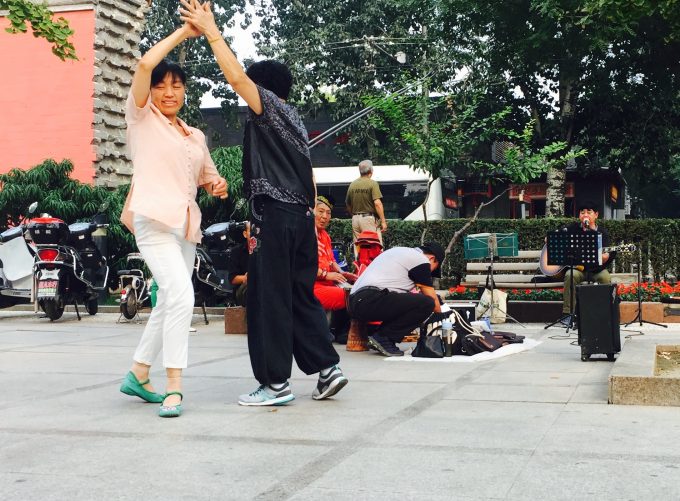 What surprised us, and in hindsight it sounds really stupid to say this, is how jolly and cute and open the Chinese we met so far were. I feel like I want to stroke someone’s head every couple of minutes.

If you’re honest, people dancing on the street is not the first thing that comes to mind when you think about a sort of a communist dictatorship.

But the Chinese love to dance, obviously. Wherever there’s music you’ll see couples of old ladies or young lovers, rows or meticulously aligned formations of people dancing simultaneously in public places, at work, on sidewalks, to pop or folk booming out of a box or the raucous amp of an improvised band.

Bulks of men sit around tables and play cards or badminton on the street, between traffic and garbage. Crowds cheer at spontaneous karaoke performances. The other day at Carrefour half of the staff of the electronics department giggled at the Jackie Chan movie that ran on one of the big flat screens on display. 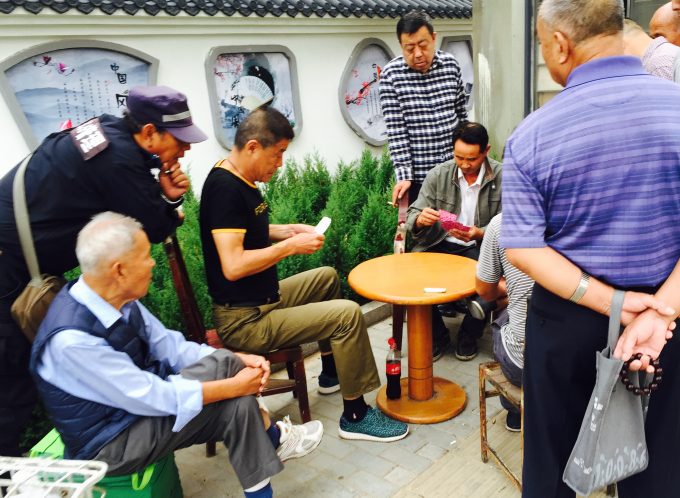 Later that day I went to get a haircut. At the salon the hairdresser also used an app like google translate, the Chinese version looks just the same. So I described how I want it to be cut and he pretty much did as I asked. About 20 very slim young guys worked in the salon, all of them dressed in black slacks and shirts, sneakers from Nike or Asics. They looked like a knife-snapping street gang (with very accurate haircuts though).

When my hair was cut the question of styling arose and my various non-verbal accounts to refuse any further treatment proved to be insufficient. While one guy still worked the hairdryer on me, another one asked via the app how I wanted my hair styled. I typed “It’s good like that” but he didn’t understand.

He spoke into his phone, then showed me what’s written on the screen: “Do you want to blow like him?” He pointed at his colleague and both were smiling and I decided that it’s too much to ask of the app to explain why I had to laugh. The real Great Firewall just seems to be the language.