“Oh my god, ohmygod!” A 14 year old teen skips at night on the sidewalk, picking at his friends’ schoolbags and pleading for a picture with us. We are the first foreigners they’ve ever seen.

– But where do you sleep?
– We don’t know yet, we just got kicked out from this hotel.
– Don’t you want to stay at our place?

Now it’s me who feels like saying Oh my god! He’s the first person who invites us to sleep over at his place. What about your parents, what will they say?

Their parents are hundreds of kilometers away. Some work in a shoe factory, others at a carwash. Like 29 million other children in China they have lost both parents to a distant job. They are orphans of progress.

I was in the rain all day, and just now my heart begins to melt.

The three kids live in a 3×3 meter room with cracking walls and mould. One of them is restless, another one is quiet, and the 17-year old girl is like a mother to them. 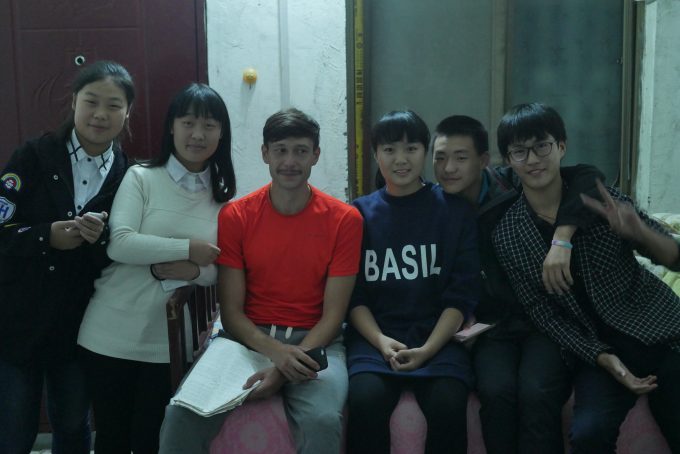 All their furniture is a suitcase where they keep their clothes and some snacks, several piles of books, two nightstands and two narrow beds.

They shoot questions at us.

– Did you go to a famous university?
– To go to your university, did you have to be very good in the high school exam?
– Do you miss your family?

They’re so happy they got to speak with someone in English. English is very important for their university entrance exams, so that they can become lawyers.

They offer us a can of walnut milk and a little cake. They call two classmates to come over and talk to us. 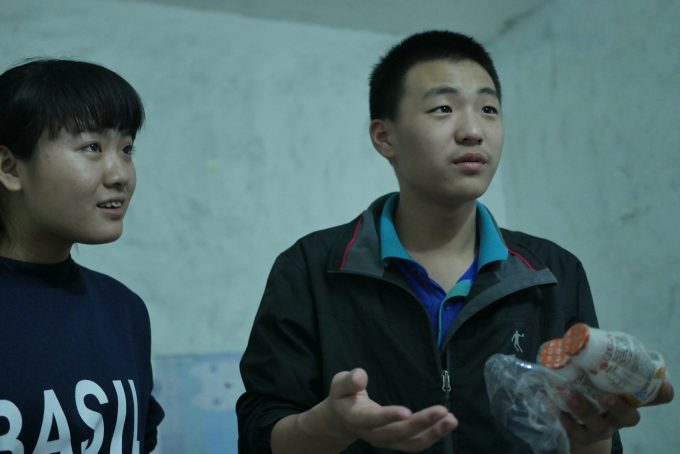 The restless boy takes a postcard from the nightstand and shows it to us. It has a picture of Xianmen University on it. This is my dream, he says and presses it to his breast. He is 14 years old. When I was 14 university was the last thing on my mind. For him it’s the only thing.

In China only one out of 50.000 high school graduates get a place in a top university. The competition for white-collar jobs is intense, with a graduate unemployment rate of about 16 percent. Which university one goes to is crucial for their career. And it is all decided in the high school exams, the infamous gaokao,which is maybe the toughest in the world.

It’s a 9-hour test, nine million pupils take it every year. The police blocks roads around the schools where exams are taken. Construction works are halted. On radio the questions are discussed. To prevent cheating some schools use finger prints and iris matches to identify pupils, drones hover above schools to detect radio signals. Cheats can be punished with up to seven years of prison.

And every year there are reports about suicides of kids who can’t stand the pressure. Everybody agrees the tests are gruel. But at least, so the consensus, they are just. Effort is awarded, not status.

And the tradition of a single exam that decides a young person’s prospects is one that goes back to antiquity in China, Alec Ash writes: “The imperial examinations or keju, which tested applicants for government office, was introduced in the Han dynasty (206BC to AD220), and became the sole criterion for selection from the 7th century until its abolition in 1905. Aspiring bureaucrats sat a three-day exam locked inside a single cell, in which they also slept and ate. The pass rate was 1%. Nervous collapses were routine. There is even a ghost-deity associated with exams in China: Zhong Kui, a scholar who killed himself when he was denied first place.” 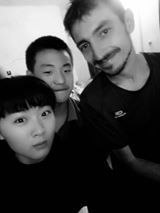 The kids all sign the Xianmen University postcard and give it to us. Then the restless boy takes out six more. “Please, sign for us!” We sit on the bed like teenagers. I write: Be good students. The restless boy jumps up and down and claps in his hands. “Oh my god!” And I was afraid I wrote something terribly boring. Come visit us sometime, I add.

Would you like to study abroad?, we want to know.

“Yes, but we can’t afford it”, the girl says, “we are poor.” Their parents earn about $500/month, just enough to afford to keep their children in a school in the city.

A neighbor yells across the courtyard. We should be quite now. It’s 11pm.

”Let’s go to sleep now. I’m worried we’ll be late for school,” the girl says. She takes two plastic bottles of sweetened milk out of the suitcase and give is it to us. “For tomorrow”. We shut the light.

We are given the larger bed, and they huddle together in the other one, taking turns for sleeping two by two, while the third sits on their phone in a corner. 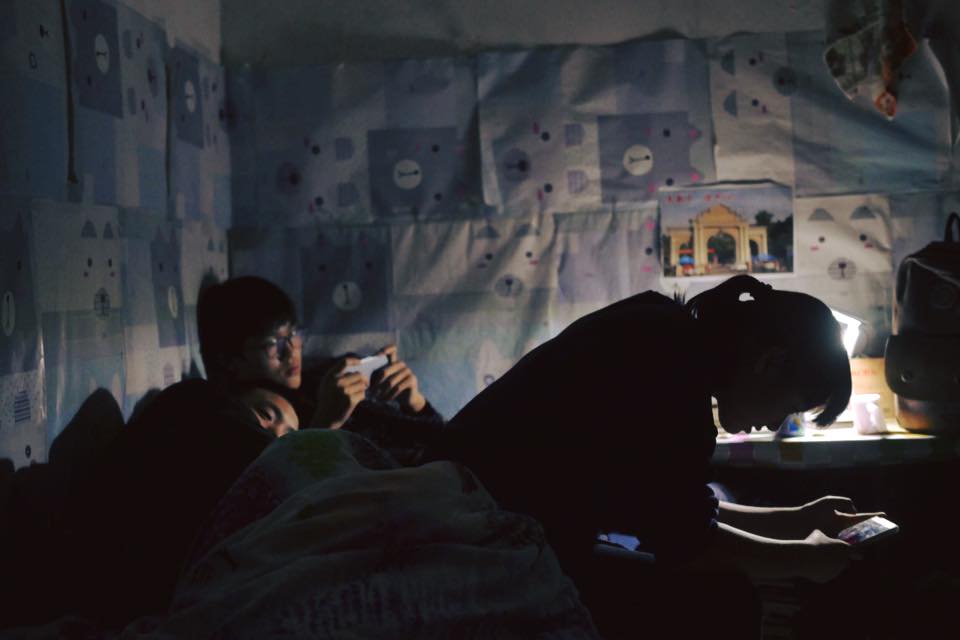 The girl messages us on WeChat in the dark, apologizes again for the precarious surroundings, and then adds a rose. ? “Never forget me!”

In the morning we wake up at half past five, as school starts at 6:00. A cock crows in the courtyard. They stay in school 15 hours each day. 15 hours?! Yup, they finish school at 21:00. They begin with ”self-study” time, then it’s the actual classes, then homework and other activities… a mix between after-school and army.

But they set off to school full of joy.

They’re among the hundreds of millions of children whose lives are shaped by the exodus to the big industrial centres.

We part company in the rain.