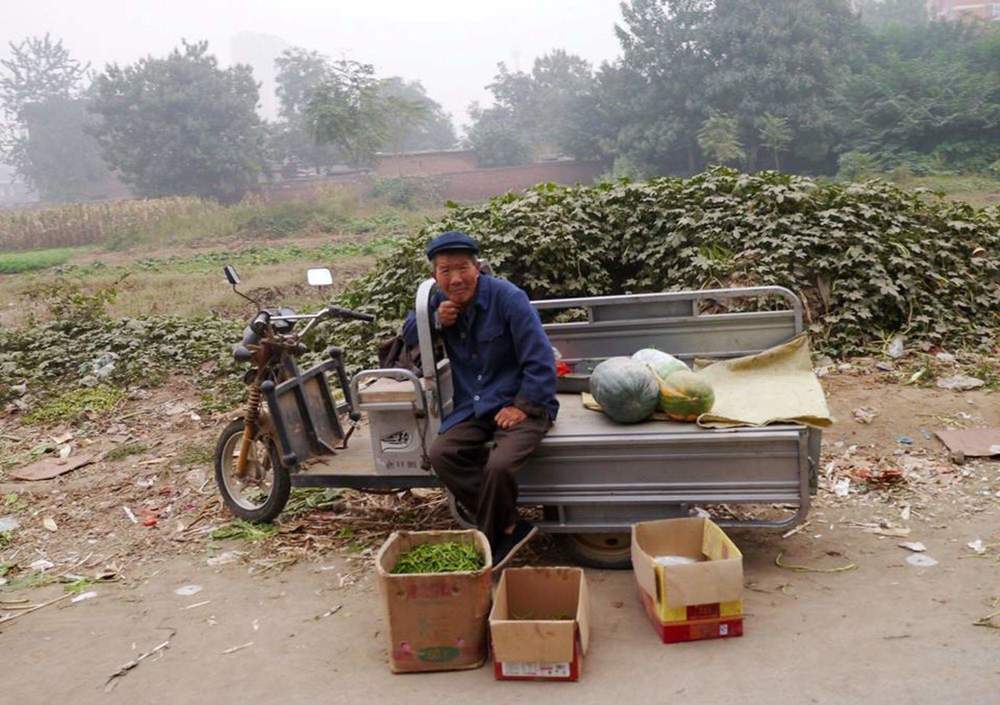 We’re driving past the flashing skyline of another million-mile city, directly into the brown fields that blur into the endless smog. Everything here feels like a photo that was accidentally double-exposed. You might think for a moment that you’re alone on the road through harvested cornfields, but here they are, as if from nowhere, farmers emerge as ghosts on the bicycles, a rake on the shoulder, a dog-end in the mouth. In a Buddha temple we are taught to pray.

A high voltage mast buzzes. An old man is sleeping on the trunk of his tricycle. On the track above us thunders the heavy “Harmony Express”, like an airplane flying close to the ground. Compared to this train, the ICE looks more like a tram. In just four and a half hours it connects the metropolises Peking and Shanghai, a railway distance of 1318 kilometers, built in three years.

“What grows on your field?,” I ask a woman. “Not much,” she says. From a bucket she spreads blue fertilizer balls. At an intersection, some old people sit around a board game and ignore us.

Children either almost fall from the scooter, when they see us, or are awakened by their mothers, when they do not see us. A fat man hits me on my shoulder and wants a selfie. In the evening, in the town of Xingtai, we eat at tables placed on the pavement. Noodles are fried in a wok placed over a burning bin. The hotel, in front of which we have steered, takes no foreign guests. There is garbage everywhere. 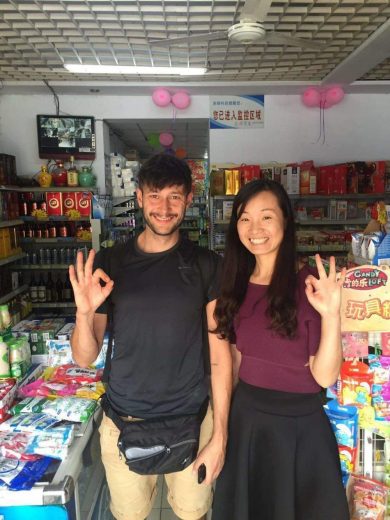 As we eat, several men gather around our table. One of them rolls his shirt over his stomach. The cook gives us hotel clues. We are again rejected. With Baidu, the Chinese Google Maps, we manage to find a tavern for 8 euro a night. Toilet in the corridor. The next morning the hotel owner asks me to take a picture of his wife.

And then, for two full hours, the sky opens. For the first time in two weeks I can see the sun. We drive further south.